Lung cancer, by far, one of the main causes of death in Europe. Specifically, lung cancer is the tumour that causes the most deaths in this region and represents a fifth of all deaths caused by cancer on the continent. The latest figures published by Eurostat highlight that more than a quarter of a million people died of lung cancer in the 28 EU member states, 5.4% of the total.

In the last few years, especially amongst women, there has been a significant increase in the number of deaths caused by this type of malignancy. From 2004 to 2014, the mortality rate amongst European men increased by 16.9%, whilst the mortality rate in women rose by 75.6%. Why is this so? The introduction of tobacco targeted at women was much later, and thus the negative consequences for those women who became smokers is only now beginning to show. As stated by the Spanish Lung Cancer Group, which advocates the implementation of prevention and awareness policies destined to counter the smoking habit at early stages, ‘As soon as one starts smoking, there is a greater risk of suffering with lung cancer; for this reason, it is necessary to reduce the consumption of tobacco in our society’. 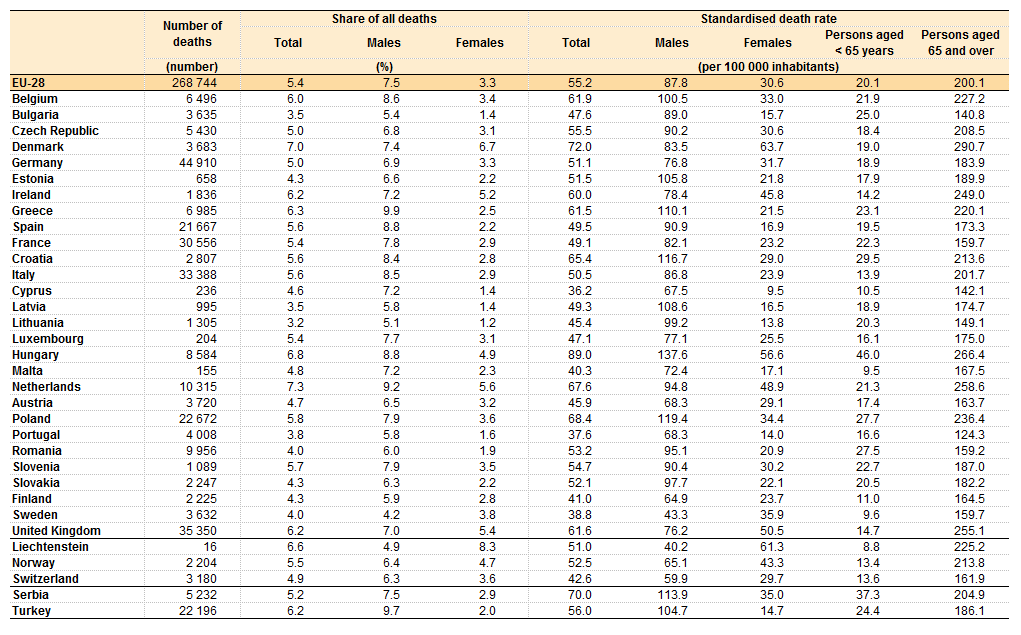